Forbes: "Virtual Reality Startup Uses The Psychology of Gaming To Do Battle With Cancer"

Virtual reality innovations are often believed to be speculative technologies that haven’t yet found practical applications. People think of gamers and hobbyists wearing a headset or goggles and peering into a synthetic reality.

But virtual reality isn’t so virtual anymore. One startup, OnComfort, has fixed its sights on one of the most daunting foes there is to fight—cancer.

Using virtual reality to win the battle with cancer

OnComfort founder Diane Jooris, had practical experience in mind/body therapies, including hypnosis, to alleviate the challenges of fighting cancer while at the University of Texas MD Anderson Cancer Center in Houston. Surrounded by academics and innovators, Jooris worked to uncover new approaches to deal with the pain, and mental and physical stress, of cancer treatment. 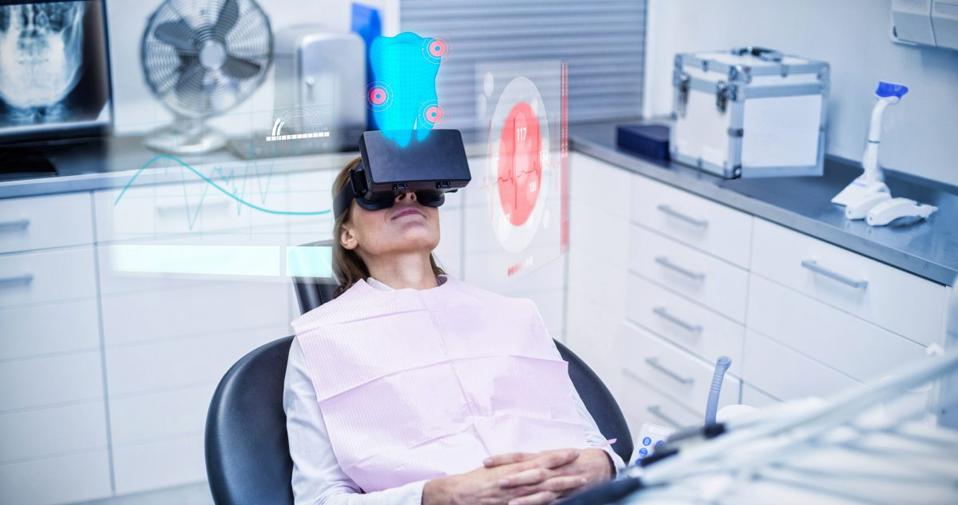 The company currently has five virtual reality-based applications in trials to improve care and treatment efficacy for cancer patients. They include:

Jooris gives an example of the real-world environment where OnComfort exists. A parent of a child undergoing pediatric cancer care gets to the hospital with everyone freaking out. The nurses are frenzied, mothers are in a high state of stress, and children are crying. By using Stella, the patient is taken out of the chaos, able to play a game where they navigate through a blood vessel and shoot at cancer cells instead of watching in horror as their IV is put in.

A complicated path to commercialization in the medical space

One of the challenges with most medical innovations—be they pharmaceuticals, medical devices or combination therapies—is the expense and complexity of the regulatory landscape associated with clinical trials.

The time and rigor it takes not just to build a business case, but also a clinically proven therapeutic case is expensive and fraught with setbacks.

This challenge has come up time and again, including past interviews with Jon Norris the Managing Director of the healthcare practice for Silicon Valley Bank and Scott Dodson, CEO of AirXpanders, a breast cancer device maker.

A community of innovators seeking to fast-track new therapies

In 2016, one of Jooris’ collaborators at MIT saw the work she was doing with virtual reality and connected her with the opportunity that would change her trajectory—the Astellas Oncology C3 Prize.

Started in 2016, and now in its second year, the C3 Prize is ‘a challenge designed to inspire novel, non-treatment and non-medicine based innovations that improve the cancer care experience for patients, caregivers, and loved ones.’ Visibility for the C3 competition is helped by the likes of mentor Robert Herjavec, the entrepreneur, investor, and star of ABC’s Shark Tank, who himself was a cancer caregiver.

According to Jooris, the inaugural Grand Prize winner of the C3 Prize, the niche focus of the competition was important to her success. Jooris says that many entrepreneurs, including those that enter competitions as a source of funding, cast their net too broadly. They get lost in a sea of innovations and waste time and focus on “competing” rather than “aligning themselves to win and commercialize.”

Finding a supportive path to regulatory approval and commercialization

In January of 2016, Jooris and her husband invested their retirement into the big idea that has become OnComfort.

They also relocated to Europe to be closer to a supportive network of innovators in France and Belgium. Jooris, who is originally from Belgium, is relying on government-sponsored programs that help startups get through the early stages of proving their concept.

OnComfort is going through Europe’s CE Marking process for regulatory approval of medical devices before approaches the FDA in America. The clinical trial landscape in Europe is more open than in the United States, where there are barriers to gaining traction and testing therapies in the field.

Early results may grease the skids for rapid expansion

When discussing OnComfort, it is easy to visualize the technology’s ability to distract and relax patients. But medical advances, particularly those that receive significant investment, have to demonstrate more tangible outcomes in a clinical setting.

Asked for preliminary data on possible outcomes of her offerings, Jooris recounts amazing early results. In the case of pre-operative breast cancer patients who use OnComfort 15 minutes before a procedure, they have seen:

These outcomes lead to wins not only for the patient but also for healthcare providers that are measured on improvement in care and reductions in the length of stay.

While the team focuses on completing clinical trials and expanding their network of providers, Jooris has moved her sites to the next frontier.

As anyone affected by cancer knows, treatment is a lengthy process and filled with stress far beyond the medical facility where treatment occurs. Jooris now intends to evolve solutions for use in a home setting to further the protective and empowering bubble created by OnComfort.

From virtual and psychological to actual and physical; the possibilities are already becoming realities, and they are astounding.

STAY IN THE LOOP

Sign up to receive emails for the latest updates and news.

Copyright 2017 - Oncomfort I disclaimer I